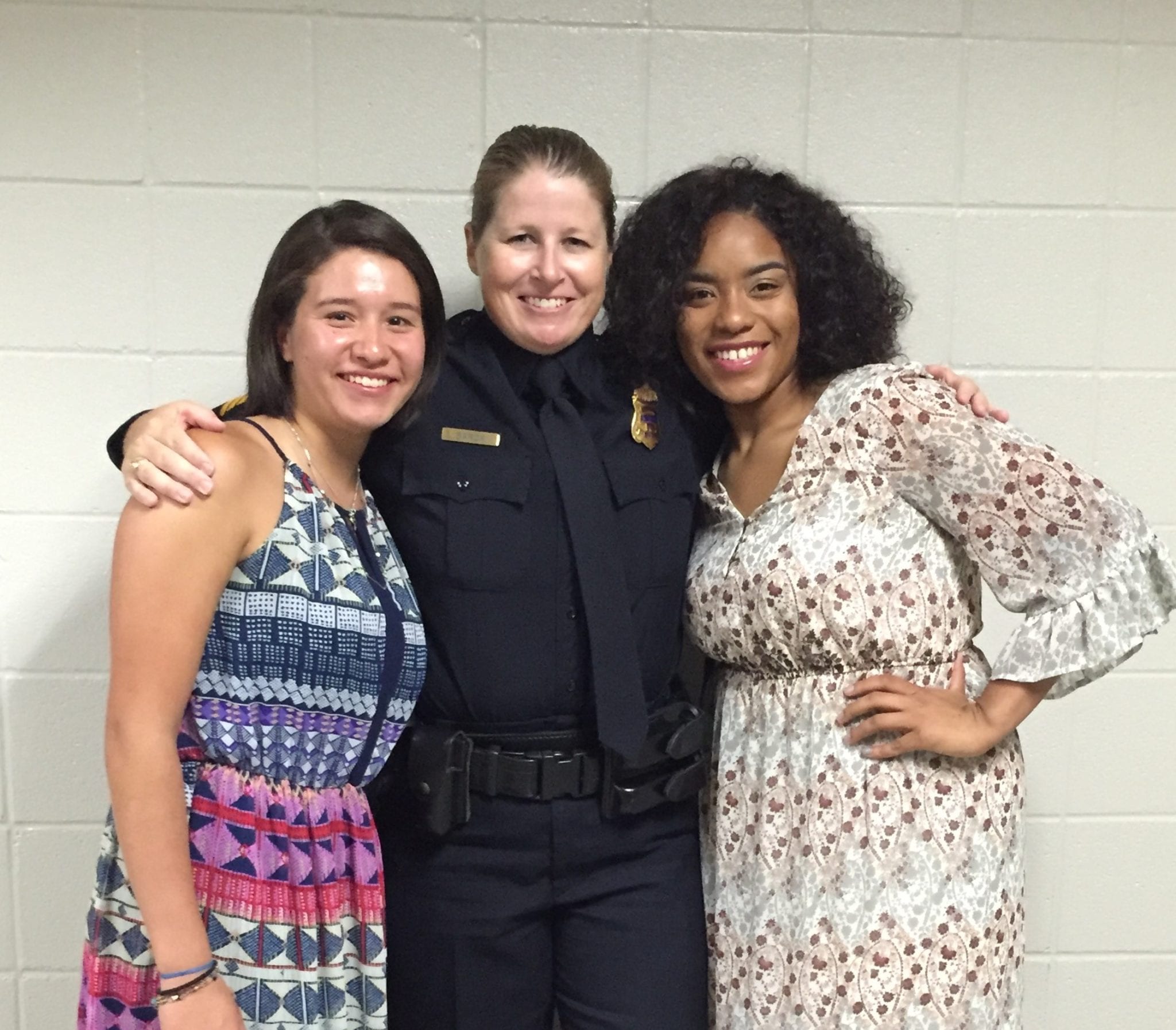 Sgt. Baron has worked for SAPD for 17 years. Her background in law enforcement is comprised of a diverse array of titles and accomplishments. Formerly a gang unit officer, undercover officer, and tactics instructor, Sgt. Baron has done it all. She is currently a SAPD Recruiting Sergeant. Baron says, “As a recruiting sergeant, I have to bring in more officers, and it’s hard in the context as to what’s going on in our society. But I know I can always say, ‘This is San Antonio and we’re different. And the people in our community love us and we, in turn, love them back.’”
Early in her career, Sgt. Baron was asked to volunteer for the San Antonio Police Officers’ Association outreach program, Blue Cares, without knowing much about it. Little did she know that her involvement with Blue Cares would blossom into a long-term relationship that would benefit both parties. One of her biggest accomplishments with the program was the establishment of the Memorial Festival and Car Show, created in 2011 in memory of all fallen officers, including Officer Stephanie Brown.
Brown was a three-year veteran and had been working a shift for a fellow officer when her vehicle was struck by a drunk driver. This had affected Baron as she had been a classmate of Brown’s father, who was also an SAPD officer. She wanted to turn the tragedy into something positive so she began asking survivor family members what they would like to see or do to honor the lives of fallen officers and gathered that they were tired of solemn memorials. And in response, the Memorial Festival was created.
The Memorial Festival, now in its sixth year, primarily raises money for the families of officers killed in the line of duty so that they may view the officer’s name placed on the National Memorial Wall of Fallen Officers in D.C. For one day, the community is invited to a fun-filled car show and kid-friendly atmosphere. During the first and second year, the car show included 30 cars. By the third year, the car show included 174 cars and averages over 100 each year.
Following the success of the Memorial Festival, Sgt. Baron joined the SAPD Family Assistance Team, a group of volunteer officers that work directly under the chief’s office when called upon to assist families of fallen officers and officers with catastrophic illness or injury. Baron also volunteers for other Blue Cares programs, such as Blue Santa and sits on the board of the Blue Cares Scholarship committee. “We deal with so many bad things today and I think about how different it was when I was a kid. These young adults come in and it’s refreshing and impressive to see the kind of young adults out there today,” she says of the handful of students honored each year.
Adriana Valadez, Blue Cares’ Director of Community Outreach and Fundraising, expressed enthusiastic praise for Baron and her contributions. “She wants to make a difference in the community. She’s always willing to give us a helping hand in our projects and programs.”
Sgt. Baron credits her grandfather, who was a Bexar County Deputy, for her love of San Antonio and appreciation for law enforcement. She explains, “We have a community that has a fantastic relationship with police officers. San Antonio knows how to get along with police officers… We love our community!”
The Sixth Annual Memorial Festival will be held on March 4, 2017 at the San Antonio Police Academy Grounds from 11 AM – 4 PM and is open to the public. 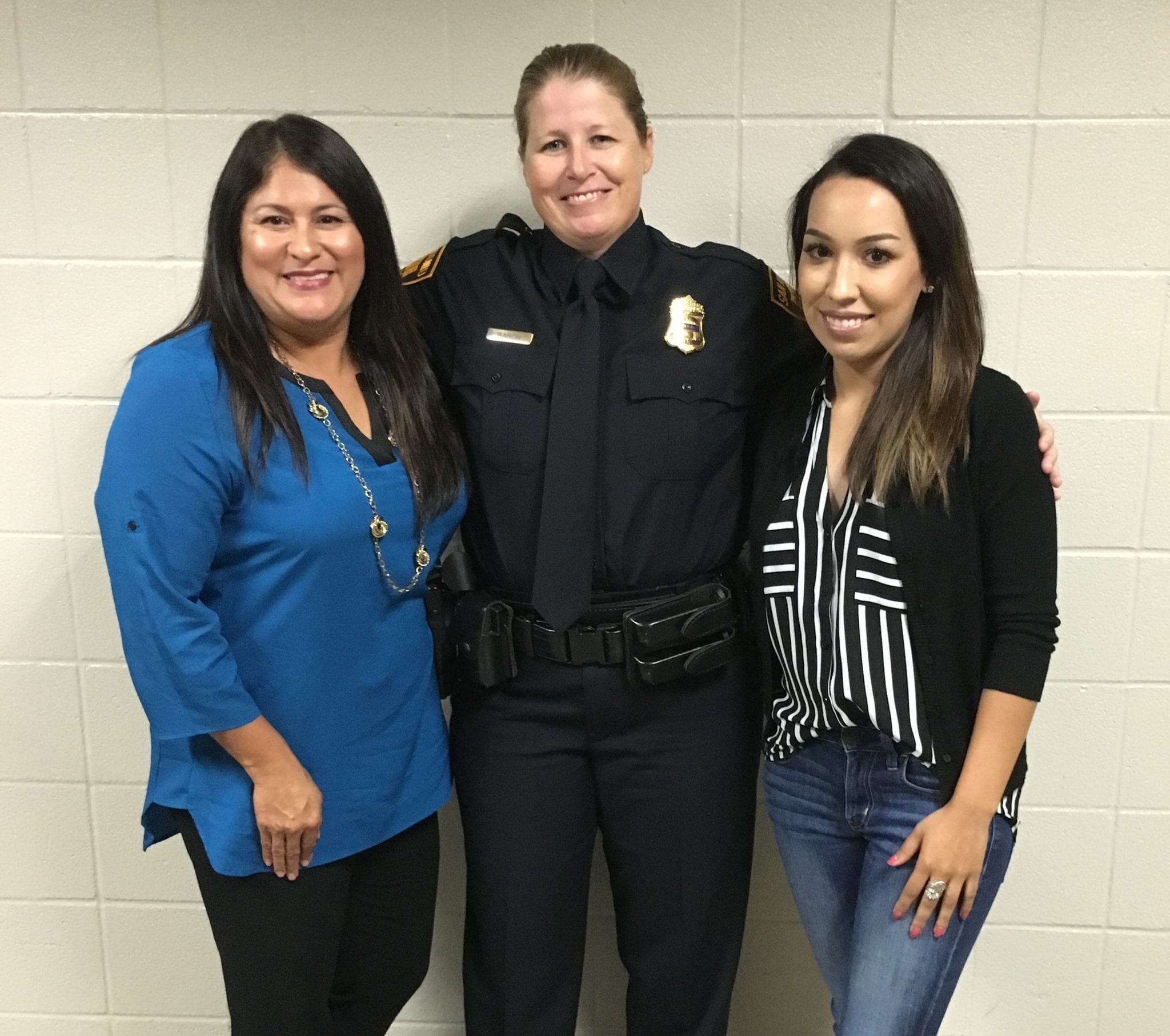 FUN FACT: Baron’s husband is a San Antonio Firefighter and has been in the department for 18 years. They have met out on the field many times in different scenes. Baron states that although the two jobs are different, they’re similar in circumstance which leads them to understand what the other goes through and that is very helpful in the relationship. Together, they have an 8 year-old son.