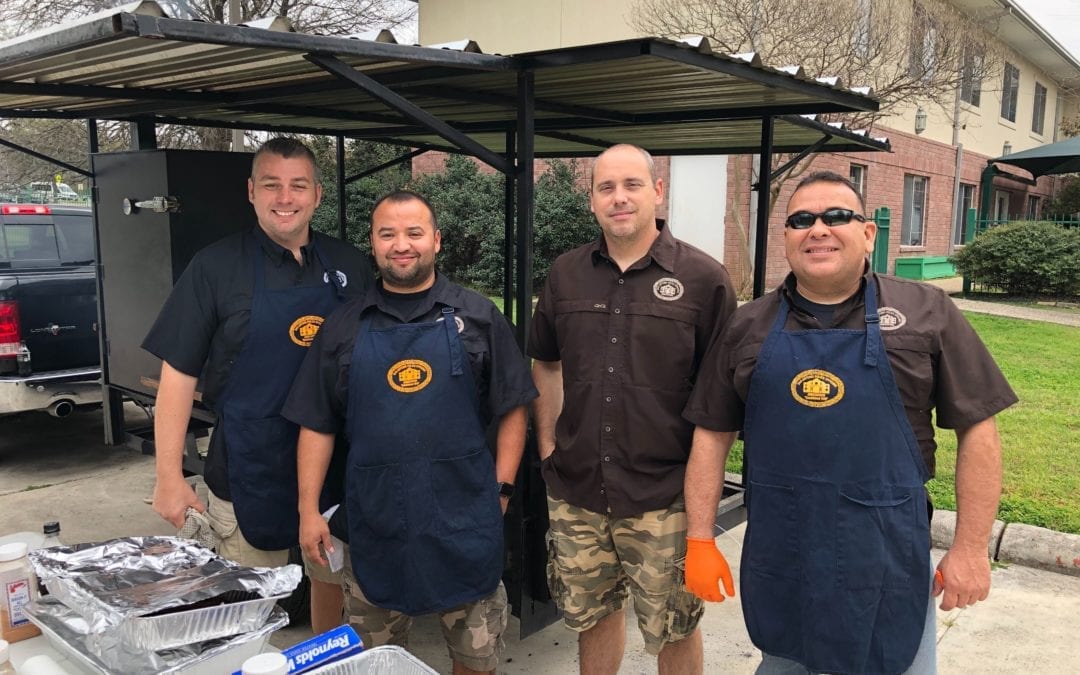 “Being a public servant and serving the community go hand in hand,” says Detective Albert Garansuay. The recently promoted detective was born and raised on the South side of San Antonio, Texas, growing up with father who taught him how to cook. Little did Garansuay know that cooking and barbecuing was a skill he would  utilize well into adulthood, as a way to give back to his community.

After high school, Garansuay enlisted in the United States Coast Guard reserves. He later became a police officer at the age of 26, mostly patrolling the East Side of San Antonio for 14 years. And just six months ago, he was promoted to Uniform Evidence Detective, in which he is heavily involved in crime scene investigations.

When he’s not serving and protecting the Alamo City, Garansuay gives back to his community in multiple ways. For the last five years, he has coached an AAU basketball team, made up of teenage boys from the Northwest Side of San Antonio. His 16 year old son, one of two children, is also on the team.

Garansuay is also the Head Cook for all major catered events for Blue Cares, the San Antonio Police Officers’ Association outreach program. His other child, an 11 year old girl, tags along frequently and helps out with setting up, perhaps one day taking over the title of head cook once her father retires.

Receivers of Garansuay’s catering include veterans, other police officers, and underprivileged children and their families. Garansuay has no doubt he’s making a positive impact in his community. “We were cooking at a shelter for children who were under CPS care, and a little boy came up to me, and gave me a hug,” he recalls. “Caring for the kids always comes first.”

Both side jobs are currently on hold due to the COVID-19 pandemic, but his duties as an officer remain the same. Garansuay thinks that being a police officer and giving back to one’s community complement each other. He also believes all public servants should give back to their community. For anyone aspiring to be a police officer, he offers this advice: “Know you want to do it. It’s a calling, not a job. If you’re doing it for all the wrong reasons, it’s not going to work out for you.”

Garansuay is excited to get back out and serve his community once more. The next big event he’s looking forward to is cooking for the Honored American Veterans Afield (HAVA) later this year. “I’m very prideful in what I do! It means a lot.”