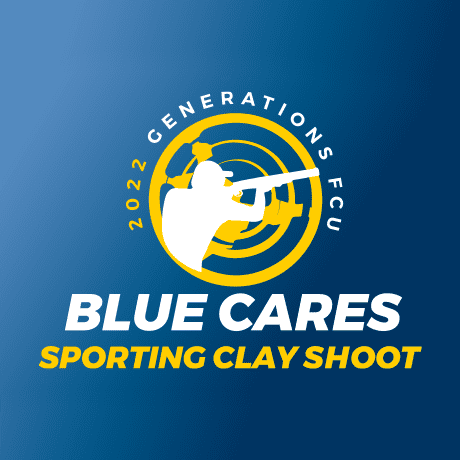 We want to thank the 32 teams who competed in the 2022 Generations FCU Blue Cares 13th Annual Sporting Clay Shoot and Raffle at the National ShootingComplex on May 14, 2022. We also want to recognize our sponsors and all who purchased a raffle ticket to support the SAPOA Patricia Calderon Scholarship Program, which honors all San Antonio Police Officers who have made the ultimate sacrifice in the line of duty. We keep their memories alive by awarding college scholarships to deserving applicants wishing to further their education.

Congratulations to our 2022 winners!

In the individual awards category:

This year, we also decided to award prizes to four teams – and boy, it was close!  Only one point separated the 1st and 2nd place teams!

In honor of our 13th year hosting the event, we spotlighted:

Ryan Pierce, David Pierce, Jordan Pierce, and Andy Madonio were on target with a score of 343.

Team Texas earns the title of Runner Up.

And the Champion of the 13th Annual Blue Cares Sporting Clay Shoot is South Texas Auto!

Joe Villarreal, Rudy Bazan, Tony Rivera, and Joey Villarreal showed everyone their sharp-shooting abilities by garnering a winning score of 372.

In addition to the Clay Shoot competition, we raffled off some incredible items including the Grand Prize Maroon 2013 Harley Davidson Street Glide Motorcycle and ten guns!

Raffle winners were announced via Facebook Live during our 13th Annual Blue Cares Sporting Clay Shoot on Saturday, May 14, 2022 at the National Shooting Complex.  Click here to watch.

We hope to see you next year for the 14th Annual Blue Cares Sporting Clay Shoot in the Spring of  2023!

Thank you to our sponsors: